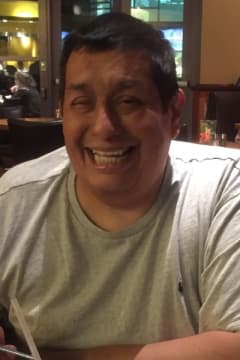 Roger Canchola, 58, passed away at the Jesse Brown V.A. hospital on November 17, 2020 after battling Covid-19. His battle with serious medical issues in recent years showed his courage in facing life challenges with determination and a smile.

Roger's life would seem too short to many, but those who were touched by him understood that the quality of existence far exceeds the quantity of time in which one lives. His broad smile, melodic laugh and his overall good nature brought so much joy to all that knew him. Roger, know as Hard Charger served as a Sargent in the U.S. Army for over 5 years, serving at Ft. Still and River Barracks, 3rd BN/79th FA Bravo Battery in Giessen, Germany. Roger was also an Honor Graduate from PLDC in Butzbach, Germany. Ever devoted to God and the Catholic Church, Roger was truly a man who lived his religion for all to see. His faith was unwavering and truly inspiring.

Roger's favorite pastime was watching his beloved Chicago Cubs play. The highlight of his life was seeing them win the World Series in 2016. Roger's remaining years were spent as "Poppie" enjoying and playing with his grandchildren who were the pure light of his life.

Wake and funeral services will be private but to the current restrictions with final internment at Abraham Lincoln Veterans Cemetery in Elwood, IL.
A memorial service will be planned for spring of 2021 for all family and friends to safely celebrate Roger's life.

He always was kind to me, his infectious smile and laugh was always a gift to the world! He will be missed!!
- Jacqueline Pratt

Offer words of sympathy and comfort, share a memory or light a candle.

Click a candle below to add a candle to your message.